Proud to be…working together

Proud to be…working together 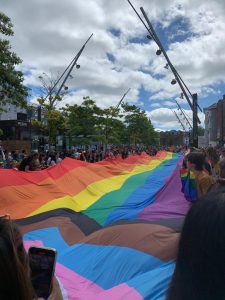 CESCA are currently preparing for a busy autumn and winter period ahead with equality training, a grassroots grants scheme and an equality day all happening in the next few months. We are also currently working together to create a short film about CESCA, our origins, our role and our vision for the future with the guidance and help of the fantastic Frameworks Films. We hope to launch this towards the end of the year.

During this quieter period of August it seems fitting to reflect on our recent discussions across CESCA as part of filming and the recent Cork LGBT + Pride Festival which took place from July 23rd to 31st.

Cork LGBT+ Pride Festival made its long awaited return to the streets of Cork City and County at the end of July. It was a huge effort from all involved including many CESCA members and organisations. This year the theme of the festival was Proud to Be…

Across the week there was a full schedule of events, talks, shows and community gatherings including an interactive walking tour with LGBT Archive, a Cork Pride Family Fun Day, Gaze Film Festival on tour, a service of remembrance and thanksgiving, Believe me or not, experiences of LGBT + and Asylum Seekers and a Youth Group Disco. It was also the week that we saw two Progressive Rainbow Crossings in the City. An important symbol and a huge collaborative effort between Cork Pride and Cork City LGBT Inter Agency Group, supported by the City Council.

The week culminated in the Pride Parade and after party in the beautiful July sunshine on Sunday July 31st. It was a wonderful occasion but also a reminder that Pride is not just a festival of fun and colour but it is a protest, it is to raise awareness of inequality and discrimination and it is a unique demonstration of communities coming together in solidarity and support for all that has been achieved and for the hurdles and barriers yet to overcome. 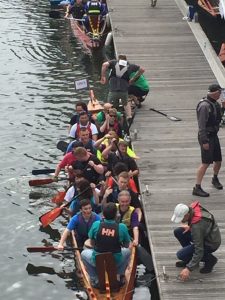 . Many of the CESCA members reflected on the origins of CESCA and their highlights since its inception in 2014. One of the strongest images being CESCA’s involvement in the Dragon Boat Race around the time of its formation. An image of 14 organisations  and communities from across Cork rowing together, supporting each other and breaking down barriers to equality and inclusion, because “We all have to row together.”

And we have all been rowing together since, during the marriage equality referendum, during successive Pride festivals and supporting each other in all the ways we can to say we are allies on equality and inclusion, on LGBT + rights and all human rights.

So it seems fitting that the theme of Cork LGBT+ Pride this year was Proud to Be….As it seems the greatest pride comes from working together, across communities, supporting each other and all we stand for, because together we can achieve the greatest change. 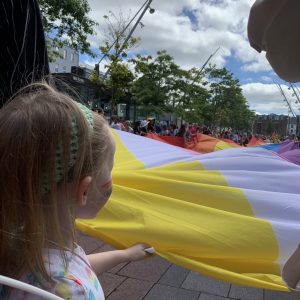