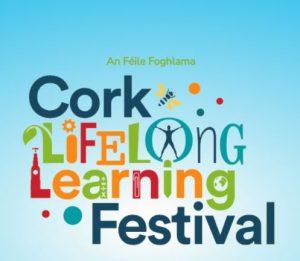 While this research has been complete since 2019, our opportunity to launch it at the 2020 Lifelong Learning Festival was postponed due to Covid-19. These were the early days of the pandemic when we had not quite moved online!

However the research findings and recommendations remain as relevant today as they did two years ago, in many ways even more so. As an Alliance we are now considering how we can emerge from the last two years  and begin to address the pressing social justice issues of concern to our communities.

When we sought the assistance of CARL in 2017 we had two key questions:

The key findings that emerged from the research were as follows:

2.  Collaboration versus Competition The study identified a contradiction between the competitive               funding process fostered by government and the inter-agency collaborative approach nurtured by CESCA. The area of funding has the potential to hinder relationships between third sector groups competing for the same funding.

“One of the most important achievements of CESCA has been to ameliorate the deleterious effects of the competitive milieu fostered by government. The general consensus among the group members is the fact that there is cooperation and respect between members regarding funding information and applications. In turn this has led to a coordinated approach for funding which has prevented large scale duplication of service provision.”

The research found that the personal qualities of the individual members of CESCA was an important component underpinning these findings. There was a recognition of individual member’s awareness of the positive group dynamic within CESCA and their desire to reinforce and contribute to this as an important factor in CESCA’s longevity and impact. In addition to this the informal networking, the skills and experience of the members was essential in maintaining the momentum within CESCA.

We are very grateful to Claire and to the CARL programme in UCC for providing us with a clear roadmap for a way forward and an insight into the components of our success as an alliance.

Taking on board the recommendations contained in the report, this year CESCA will be reconnecting as an alliance with a renewed focus on social justice, climate justice and equality. We will seek to hear more from the communities we support and create stronger networks across the City. All with a view to progressing diversity, equality and sustainability. We  have a number of events and training seminars this year so do continue to follow our activity throughout the year.

You can read the full report, including information on the methodology, promising practices and insight from our members here